Skip to content
RECOGNIZING THE CANNER z’L, SCHWARTZ FAMILY
The Canner (z”l) and Schwartz family have been a part of our Beth Torah Family for 62 years.
Arlene & Irving Canner were married in Brooklyn in 1947 and moved to Miami Beach shortly thereafter and then to NMB in 1955. They joined Beth Torah in 1958 with their three children Caryn, Felice & Wayne.
Irving owned and operated the Dunes Motel (home of the Tubby Boots Show) among others on South Beach and Motel Row on the Sunny Isles Strip. Arlene was Medical Secretary at the orthopedic practice of Dr. Joel B. Dennis for over 25 years. During that time, Arlene and Irv helped the Dennis’ and Rabbi Max Lipschitz as Founders of the Hillel Community Day School with 65 children in 1970. They served on the Executive Board and Board of Governors for over 30 years.
Because of his passion for the Jewish education of all Jewish children, he worked faithfully to raise funds and establish scholarships so no Jewish child who wanted to attend Hillel was unable to attend because of finances. Irv also helped to establish the Kesher school at Hillel in the 1990’s.
Irving served as President of CAJE-Miami and on the Board of Directors of the GMJF. He always brought a bag of Hillel’s famous chocolate chip cookies from secret formulas of Elizabeth Kehr and Mrs. Maler to every meeting.
After graduating from Miami Norland HS in 1968, Caryn attended the U of Maryland, received her law degree from the University of the Pacific and LLM in Taxation at NYU Law and went on to become a Judge of the County Court in 1992. She taught Science at Beach High and then High School Math & Science in Sacramento while studying for her law degree. She practiced law for 8 years in Sacramento and Miami before becoming a Judge.
Larry Schwartz grew up on Miami Beach & graduated Beach High in 1962, studied at the University of Oklahoma, received his M.A. at Florida Atlantic University and his law degree from the University of the Pacific. He became a County Court Judge in Dade and was elevated to the Circuit Court bench in 1997 where he served until retiring in 2012.
Caryn & Larry were married in 1973. “In-law” was not a part of Irving & Arlene’s vocabulary and Larry became another “son” when he married Caryn. They lived on Miami Beach, moved to Sacramento and returned to settle in NMB and joined Beth Torah in 1987 when Larry became an alternate and served on the Board of Directors, Parliamentarian & Chair of the By-Laws Committee for the past 33 years. Caryn has been on the Board of Directors of the Victory Center for Autism & Related Disabilities and the March of the Living Committee at CAJE. Caryn and Larry both participated on the Leo Martin March of the Living on different occasions with their sons. Together they served many years on the Board of Governors of Hillel.
They are the proud parents of Scot (Stacey) and, Jeremy, who graduated the U of Alabama and a law student at Nova University School of Law. Caryn & Larry have one grandchild, Logan (9). The rest of the Canner Family are Felice (Dennis) and their children Justin (Elyssa) and Troy (Brett) and Wayne (Nancy) have Heather (Aaron). The other Canner great grandchildren in addition to Logan are Harper, Braxton Jace and expecting a 5th soon….4 generations of Arlene and Irving Canner, of blessed memory, who left their impact on the Hillel and Beth Torah family for generations to follow.
———–
Each week one of our generational families will be recognized by our congregation blessed
by the rabbis at both the “virtual” Friday evening and Shabbat morning services.
Over 50 families have been identified with 50 + years of membership at Beth Torah and another
​​​​​​​25 families as their children, grandchildren and great grandchildren who are currently members of Beth Torah Benny Rok Campus. 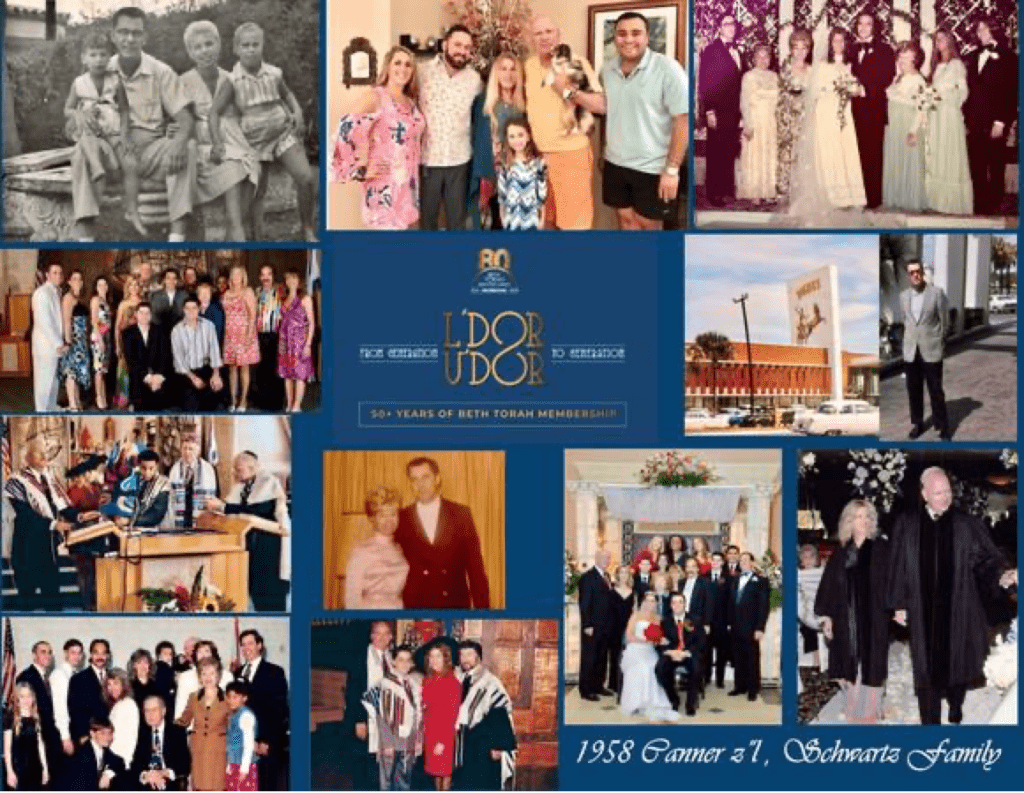 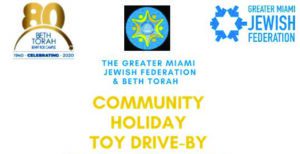 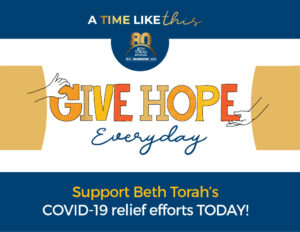 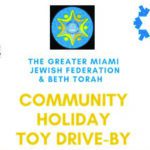 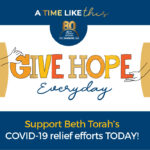 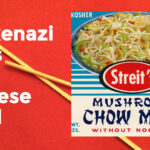 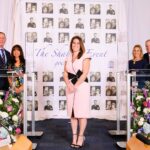 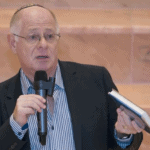